Skip to content
The Blog
Jocelyn Wang
No Comments

Illustrations of the Horrors of History and Humanity 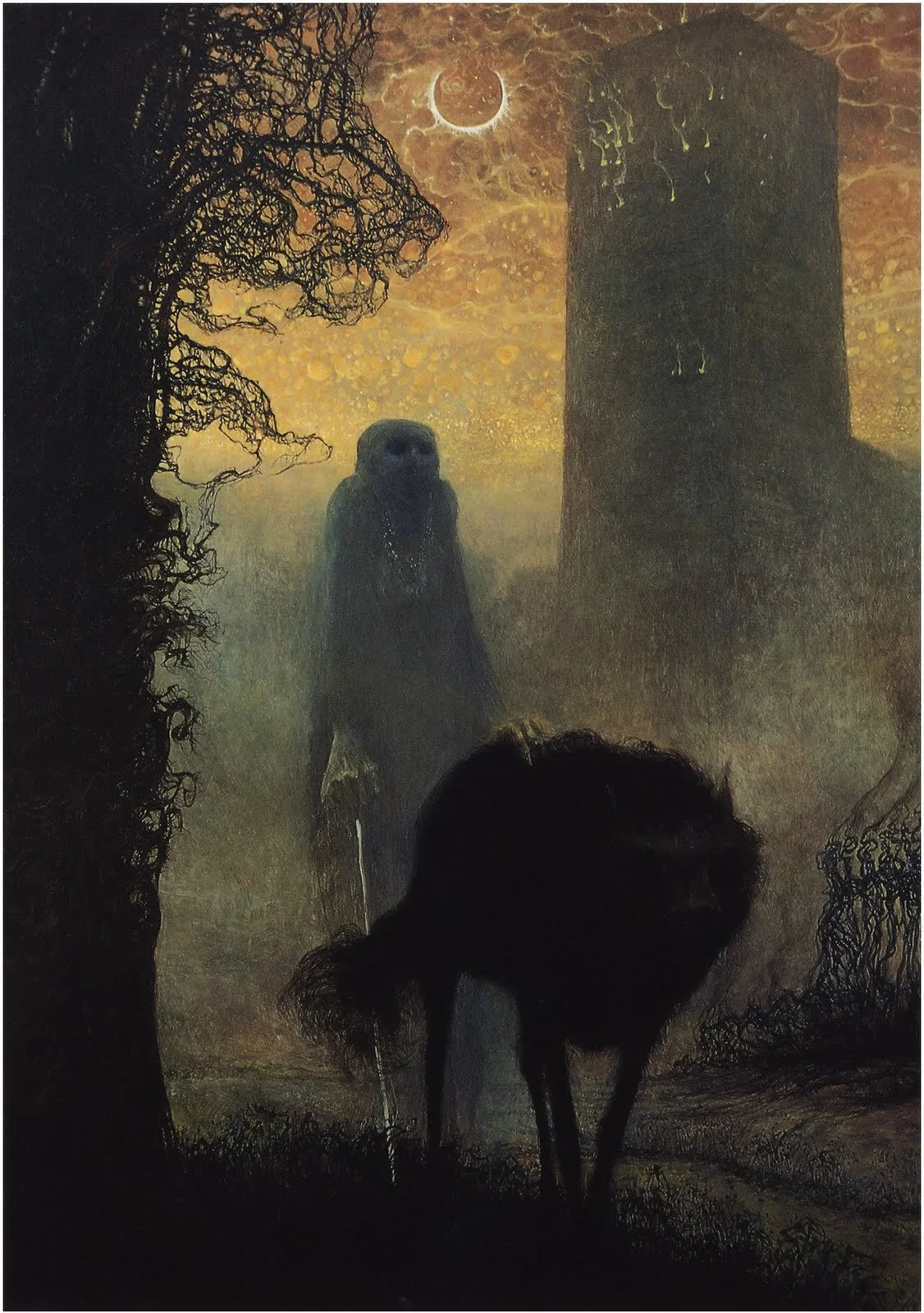 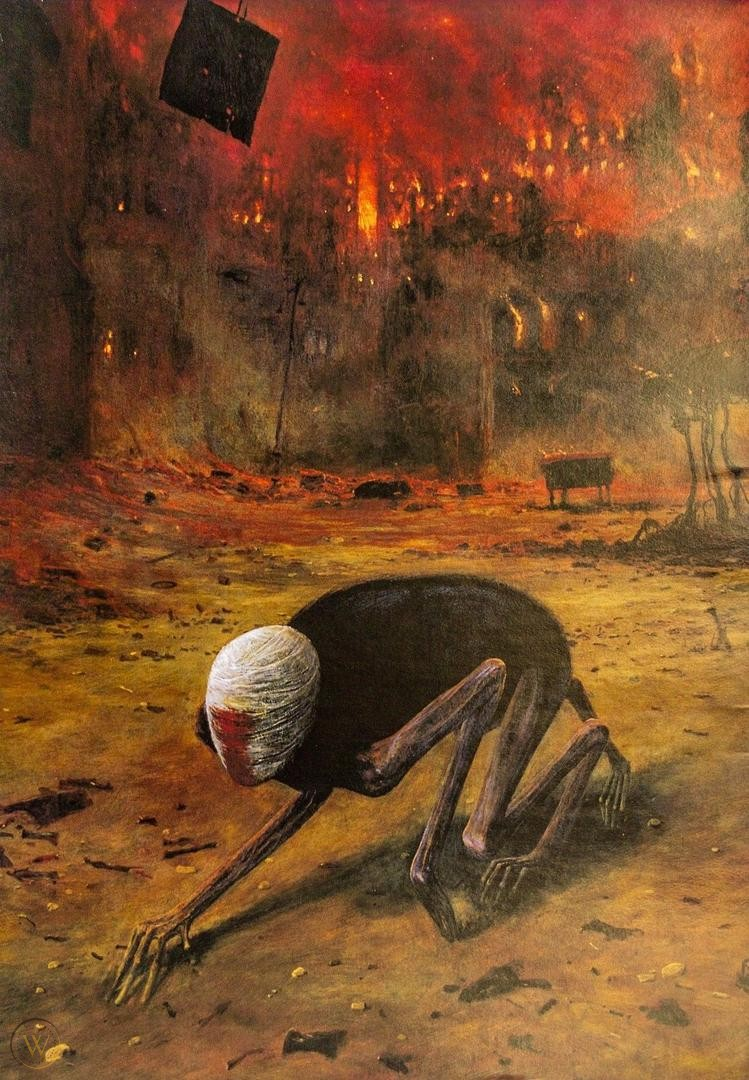 The horrors of World War 2 are undeniable: mass genocide, civilian warfare, and biochemical terrorism, among many other atrocities committed by (and against) humanity. While our generation will never truly understand the experience of living during this dark time, many artists and authors have based pieces off of the war, providing the audience with a chilling and immersive experience. Artists like Zdzisław Beksiński, a Polish painter, depict the darker aspects of the war through art. Descended from a Polish family who lived through the Holocaust, Beksiński illustrates the stories of his parents and relatives. Themes of hell, death, and destruction recur throughout his pieces. In the image above, a skeletal creature with human limbs and a bandaged head crawls through a burning city. Human-like monsters of this kind are not uncommon in Beksiński’s art; they primarily serve as a distorted reflection on the actual Holocaust and similar war crimes. Beksiński further uses an analogous color scheme along with shades of black to convey a melancholy mood. Surreal and bizarre, his art remains far from an exact representation of the 1940s. Words and images cannot portray the true extent of the horrors in this time. In regards to our modern-day social environment, xenophobia has exponentially increased in the US. Although nowhere near the level of the Holocaust, we still must remember the horrific effects of ethnic intolerance on humanity. In such a turbulent time in history, unity is the key to continued progression and prosperity. 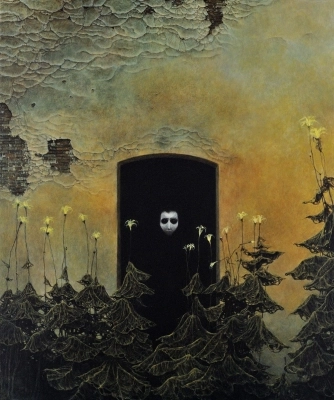 Junji Ito and the Art of Horror